Loopline Systems (LLS Internet GmbH), a spin-off from the human resources division of the Berlin-based early-stage investor and company builder Project A Ventures, has added a series of new investors. Founded at the end of 2014, the company is receiving support from the VC Fonds Technologie Berlin II, managed by the IBB Beteiligungsgesellschaft (IBB-Bet), as well as the High-Tech Gründerfonds (HTGF). Moreover, it has attracted investments from a range of business angels in a seven-figure round of financing. Its core product, loopline, is a cloud-based software instrument for the continuous development of corporate performance and potential. Project A increased its stake in the venture. The financing round marks the successful completion of the pilot phase for the Berlin-based newcomer, whose next moves in the market will follow shortly.

“We are delighted to have been able to secure the support of such strong partners as IBB Bet and HGTF for our next steps,” says Nora Heer, co-founder and managing partner of Loopline Systems, “because we have recognised what HR early-detection systems can achieve in established companies, too.” Originally developed for entrepreneurial organisations such as Project A and fast-growing start-ups, the cloud-based tool loopline offers employees a new access to develop their potential by using applications such as the performance logbook. Based on this approach, it helps management staff to identify options for hands-on action by linking the employee’s performance and goals with data about his or her potential and levels of satisfaction, all the while actively supporting the feedback process.

Christoph Zeller, Investment-Manager at IBB Bet, explains the decision to invest in the following terms: “The SaaS solution and the hybrid team at Loopline Systems are superbly suited to current developments in the HR market. With our investment, we are supporting an approach to staff development which, thanks to its innovative character and modular structure, has every chance of becoming a lasting success.”

Michael Wieser, Senior Investment-Manager at HTGF, adds: “We see great market potential for intelligent human resources software generally, and recognise the potential specifically for this tried-and-tested, simple solution which also makes a decisive addition to the substance of performance development as a discipline.”

About Loopline Systems:
Loopline Systems is a spin-off from the human resources division of the Berlin-based early-stage investor and company builder Project A Ventures. The founders and managing partners are human-resources strategist Nora Heer and entrepreneur Christian Kaller. They developed the core company product, loopline, for the 100 members of staff at Project A as an alternative to the monolithic, deeply hierarchical HR software available and elaborated it further for the enterpise market: for the needs of rapidly growing as well as established companies. Their cloud-based tool loopline links performance metrics with data about the potential and satisfaction levels of individual members of staff in order to generate a continuous stream of propositions for corporate strategy and development. Find out more at www.loopline-systems.com

AboutProject A Ventures
Project A Ventures is a Berlin-based early-stage investor and company builder in the digital technology space. With financial support and operational expertise, Project A helps startups to build up competences in key areas such as IT, Performance Marketing, Business Intelligence and Organization Building, and thus contributes to their sustainable success. Project A has supported entrepreneurs in building companies such as Treatwell, nu3, Eyeota, evino, World Remit or Tictail. More about Project A Ventures on https://www.project-a.com/ and on our blogshttps://insights.project-a.com and https://goto.project-a.com.

About IBB Bet:
IBB Beteiligungsgesellschaft (www.ibb-bet.de) provides venture capital to innovative Berlin-based companies and has established itself as a market leader in the field of early stage financing in Germany. The funds are used primarily for the development and market launch of innovative products or services, as well as for business concepts of creative industries. Currently two of the funds managed by the IBB Beteiligungsgesellschaft are in the investment phase, the VC Fonds Technologie Berlin II with a fund size of 60 MEUR and the VC Fonds Kreativwirtschaft Berlin II with a fund size of 40 MEUR. Both VC funds are financed by means of the Investitionsbank Berlin (IBB) and the European Fund for Regional Development (EFRE) administered by the State Berlin. Since 1997 the IBB Beteiligungsgesellschaft, in consortia with partners, has made 1.006 MEUR available to creative and technology-orientated companies; thereof, the portion invested by IBB Beteiligungsgesellschaft itself, as lead, co-lead or co-investor, was approximately 141 MEUR. 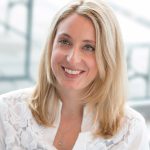