In Dr. Reinhold Gahlmann and Stuart Marcus, Neu-Ulm-based Zimmer BioTech has now hired two experts in the field of pharmaceutical development. As Head of Clinical Development, Dr. Gahlmann will be responsible for establishing and implementing the clinical development programme right through to obtaining marketing authorisation for drugs. He will be assisted in his role by Stuart Marcus, who will assume the position of Executive Consultant. In addition to their many years of experience in science and general pharmaceutical development, the two experts will contribute extensive knowledge of successful clinical development programmes concerning ALA and the photodynamic treatment of skin tumours. Together with High-Tech Gründerfonds (HTGF), the medical device producer has been investing in the development of a drug based on the compound 5-Aminolevulinic acid (ALA), which is used in the treatment of actinic keratoses in combination with photodynamic therapy (PDT), since the start of 2017. A number of important goals have already been achieved during the development of the new drug known as Alevin deep. “In addition to completing pre-clinical trials at the Ulm-based Institute for Laser Technology in Medicine and Measurement Technique, initial production has also been completed under similar good manufacturing practice conditions,” explains Armin Zimmer, CEO International at Zimmer Group. “We have thus been able to initiate stability studies in accordance with the international guidelines of the International Council for Harmonisation of Technical Requirements for Pharmaceuticals for Human Use (ICH) and toxicology studies,” Zimmer adds. The toxicology studies are scheduled to be completed by the end of June this year in time for the start of the clinical programme.

“We are particularly delighted to have secured two highly rated experts in Dr. Reinhold Gahlmann and Stuart Marcus – especially during this phase,” says Zimmer. Dr. Gahlmann has more than 25 years of experience in pharmaceutical development, during which time he has served as director for clinical research at proDERM GmbH, head of pharmaceutical development at Biofrontera Bioscience GmbH and global project leader at Bayer AG. Stuart Marcus, meanwhile, was chief medical officer at DUSA Pharmaceuticals, where he developed the first commercially available ALA product for photodynamic therapy. He had previously been responsible for the development of the first photodynamic system on the market during his tenure as group director at Lederle Laboratories.

Next stage: clinical trial
Following completion of the toxicology studies and the evaluation of the stability data of the stored production batches, clinical trials will be performed. These trials are divided into three phases and must be completed before a drug can obtain approval. In addition to phase I and phase IIb clinical trials, phase III and maximal usage trials are already planned for Alevin deep. Since consultations with international approval authorities are part of the formal requirements of these clinical trials, a decision regarding the exact scope of the trials will be made once scientific advice has been sought.

Funding provided by Zimmer and High-Tech Gründerfonds
Together with Bonn-based High-Tech Gründerfonds, Germany’s largest seed stage investor, a total of EUR 2 million has so far been invested in the Alevin deep drug developed by Zimmer BioTech. The next financing round for the implementation of the first clinical trials is expected to raise around EUR 2.5 million. Binding commitments have already been made for a significant chunk of this sum. Dr. Frank Hensel, Senior Investment Manager at HTGF: “The development of a new formulation of the 5-Aminolevulinic acid compound represents a significant improvement for photodynamic therapy. We are confident of putting together a larger consortium of investors for the continued development of Alevin deep.”

About Zimmer BioTech
As early as 2012, Zimmer contributed to the development of a drug based on the compound 5-Aminolevulinic acid for use in the treatment of actinic keratoses. The spin-off Zimmer BioTech has been active since October 2016 and is funded by Bonn-based High-Tech Gründerfonds, Germany’s largest seed stage investor. Alevin deep, the first drug to be developed by Zimmer BioTech, is expected to receive approval by 2020.

About Zimmer Medizinsyteme GmbH
As a provider of medical device system solutions for diagnostics, treatment and aesthetic medicine, Zimmer MedizinSysteme GmbH, headquartered in Neu-Ulm in south-western Germany, has been a trusted partner of doctors and therapists for almost 50 years. The German market leader in physiotherapy and world market leader in cryotherapy employs 120 medical device consultants in Germany and markets its products in over 80 countries worldwide. The company has traditionally focused on research and development, with practical applications for its research being just as important as a sound scientific basis.

About High-Tech Gründerfonds
High-Tech Gründerfonds (HTGF) is a seed investor that finances high-potential, tech-driven start-ups. With EUR 886 million in total investment volume across three funds (EUR 272 million in HTGF I, EUR 304 million in HTGF II, and a targeted volume of EUR 310 million for HTGF III) and an international network of partners, HTGF has already helped forge close to 500 start-ups since 2005.  Driven by their expertise, entrepreneurial spirit and passion, its team of experienced investment managers and start-up experts help guide the development of young companies.  HTGF’s focus is on high-tech start-ups in a range of sectors, including software, media, internet, hardware, automation, health care, chemicals and life sciences.

This group also includes a number of success stories, such as Mister Spex, Rigontec, 6Wunderkinder, Next Kraftwerke and Cumulocity, as well as Juniqe, an online shop for art enthusiasts. To date, external investors have injected over EUR 1.5 billion into the HTGF portfolio via more than 1,200 follow-on financing rounds. HTGF has also successfully sold interests in more than 90 companies. 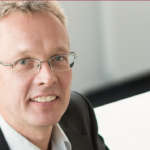