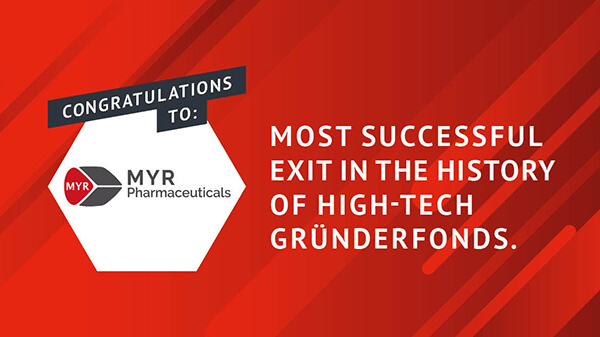 One of the largest trade sales of a VC-financed German biotech start-up in the last 20 yearsMYR developed HepcludexTM (Bulevirtide), a first-in-class entry inhibitor for the treatment of chronic hepatitis delta virus (HDV). Hepcludex was conditionally approved in Europe by the EMA in July 2020 and submission for accelerated approval in the United States is anticipated by second half of 2021The acquisition builds on Gilead’s strength as a global leader in virology and liver diseases with ad

Press
High-Tech Gründerfonds invests in a novel Hepatits B compound
German Biotech MYR GmbH develops the viral entry inhibitor Myrcludex, a so-called „first-in-class“ drug for the treatment of chronic hepatitis B and D infections. The HTGF investment of 500,000 € enables the start of Phase 1 of clinical development already in summer 2011. MYR develops its lead compound in close collaboration with the University Clinic Heidelberg, one of the world-leading centers for biomedical research. The pre-clinical studies have been successfully completed. Myrclude