The German New Space Start-up DCUBED is now backed by the investors High-Tech Gründerfonds (HTGF) and Interlink Ventures (ILV) , and can now scale the commercialization of its space products. DCUBED develops and sells innovative actuators and deployable structures for the rapidly growing space market. “New Space” is the name of the game, where the pace for opening up space is no longer set by space agencies alone, but increasingly by visionary companies that truely open up space for business (e.g. through global Internet from space).

Already today, several small satellites, so-called SmallSats and CubeSats, are launched into space on an almost daily basis. SpaceX alone launches 60-120 satellites per month. Demand is correspondingly high for satellite components that allow large satellite components such as solar panels and antennas to be stowed in a space-saving manner during rocket launch and reliably deployed once in space. To be able to do this cost-effectively and flexibly even for small satellites is a core competence of the Munich-based high-tech company.

DCUBED already has numerous international customers for applications in low-Earth orbit but also for missions to the moon, such as the US company Astrobotic from Pittsburgh (PA, USA), which plans to send their Peregrine lander to the moon in 2021. Astrobotic is also slated to put VIPER, NASA’s water-hunting rover, on the Moon in 2023 via their Griffin lander. Astrobotic’s Griffin Mission One plays a critical role in the lead up to NASA’s Artemis mission, which aims to put humans on the lunar surface again after more than 50 years.

We are very pleased to have found important partners with HTGF and ILV, who have recognized the potential of “New Space made in Germany” and to establish series products with us also in space travel and thus to advance the development of commercial space travel .

Thomas Sinn and his team have an excellent understanding of the customer and the market and know how to address the opportunities that present themselves.

Christian Ziach, Investment Manager at HTGF and an aerospace engineer himself

We were convinced by the competence and mindset of the DCUBED team. With standardized components, they accelerate space missions worldwide. In doing so, the team makes sure that the orbit remains free of waste.

And why go to Silicon Valley when such visions can be realized with innovative technologies on our doorstep.

About Interlink Ventures
Interlink Ventures (ILV) is a strategic partner for innovative start-ups with an important contribution to a sustainable future. The ILV team consists of entrepreneurs with many years of experience in company building and organizational development, as well as a high level of technology and product expertise. The main focus of ILV is the active support of start-ups as a co-entrepreneur, who, in addition to financial resources, also contributes his know-how for the establishment and further development of organization, marketing as well as product automation.

Interlink Ventures – because the economy of tomorrow is created today
https://ventures.interlink.org/

About High-Tech Gründerfonds
The seed investor High-Tech Gründerfonds (HTGF) finances technology start-ups with growth potential. With a volume of around 900 million euros spread across three funds and an international partner network, HTGF has supported almost 600 start-ups since 2005. Its team of experienced investment managers and start-up experts supports the young companies with know-how, entrepreneurial spirit and passion. The focus is on high-tech start-ups in the fields of digital tech, industrial tech, life sciences, chemicals and related business areas. Over €2.8 billion in capital has been invested in the HTGF portfolio by external investors in more than 1,600 follow-on financing rounds to date. In addition, the fund has already successfully sold shares in more than 100 companies. 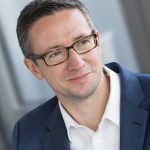