HQS Quantum Simulations brings in 12 million euros in series A

HQS Quantum Simulations, Europe’s leading startup for complex quantum simulations, has concluded a series-A financing round and secured more than 12 million euros together with new research funding. As a new investor, the French quantum VC fund Quantonation is leading the financing round; with already-invested VC funds, UVC Partners, btov Industrial Technologies, and HTGF are underlining their commitment with new investment.

For some years now, the market for quantum technology has seen rapid growth, posting record highs last year. In Germany, HQS Quantum Simulations has been driving forward the key technology as part of the Q-Exa consortium. The aim of this interdisciplinary project is to install in the Leibniz Supercomputing Centre the first quantum computer manufactured in Germany, by the end of this year. Like most supercomputing centres, the High Performance Computing Centre at the Bavarian Academy of Sciences and Humanities uses significant parts of its computing power to solve problems relating to quantum mechanics, while sourcing the necessary software from HQS Quantum Simulations.

Thanks to the capital obtained from the new financing round, HQS Quantum Simulations will seek to further strengthen its position as the leading European software provider in the field of quantum simulation. The startup, created by four quantum physicists, has been developing efficient quantum algorithms for material, chemical and pharmaceutical research since 2017. This new financing round will enable HQS Quantum Simulations to continue development of its Quantum Assisted Design cloud platform, and to expand the Active Space Finder open-source library.

With a view to enhancing its Quantum Assisted Design cloud platform, HQS Quantum Simulations is in the process of developing a unique piece of software which is optimised for use on current quantum computers. The hope is that in due course it can also be used by research groups and companies that do not have access to their own quantum hardware, to carry out the same quantum simulations as performed by HQS Quantum Simulations with its software in the Leibniz Supercomputing Centre. With its Active Space Finder open-source library, HQS Quantum Simulations is the only company worldwide currently working on a solution to the active space problem. Only by solving this problem will we see practical use of quantum computers for material simulation.

The new financing round provides us with the resources we need to continue growing our team, strengthen our base, and find even more efficient ways of meeting the demands of our customers. Our investors’ reaffirmed confidence in us and the fact that Quantonation, the best regarded VC fund in the industry, is now on board, shows that we’re on the right path.

We believe HQS Quantum Simulations will become the leading European player in quantum simulations and bring large benefits to our society.

Quantonation, the first VC fund worldwide to specialise in quantum technology, is leading the financing round.

Quantonation is committed to the development of quantum technologies and to their transition into commercially viable products. High performance computing is an exciting market for this, and we believe that HQS Quantum Simulations is developing the right products for chemical and physical simulations on a quantum level – products that will have a tremendous impact on these industries.

We are looking forward to further supporting the HQS Quantum Simulations team in its quest to make near term available quantum computers really useful to the material sciences and pharmaceutical communities.

The co-founder and COO of HQS Quantum Simulations, Iris Schwenk, strongly believes that this goal is within reach following the new financing round.

When we started out in 2017, we were just four quantum computing scientists who wanted to build bridges between the academic world and industry. Today, with more than 30 talented scientists from a range of disciplines, we are the leading quantum startup in Europe. But this is just the start of our journey. 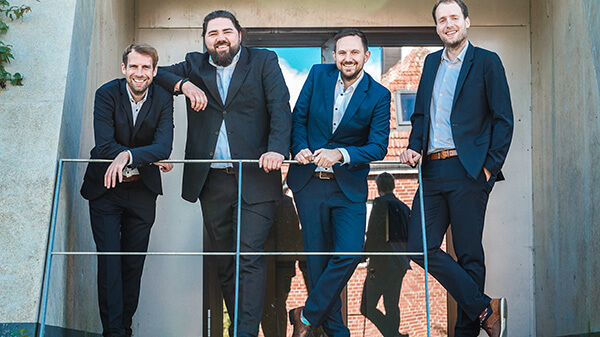 Fintech Cerchia closes CHF 1.3 million financing round with HTGF and other investors to finance and hedge climate damages through a novel, decentralized marketplace 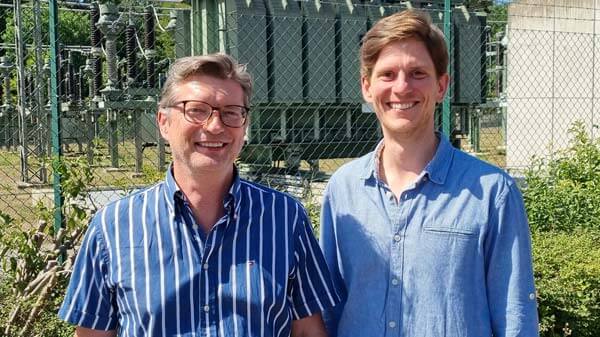 A total of €1.2 million in fresh capital for particularly innovative technology refuel.green wins HTGF as lead investor for pre-seed financing TGFS Technologiegründerfonds Sachsen and two business angels are co-investors Team buildup and first customer project planned for 2023 Dresden, January 12, 2023 – e-fuels can make a decisive contribution to making the global economy independent of fossil crude oil and at the same time CO2-neutral and renewable. The refuel.green