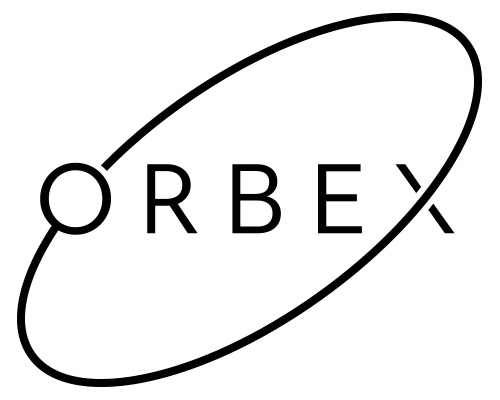 Recently emerging from stealth mode, Orbex is a UK-based spaceflight company, with subsidiaries and production facilities in Denmark and Germany. The company has received funding from two of Europe’s largest venture capital funds, Sunstone Capital and the High-Tech Gründerfonds, as well as strategic investor Elecnor Deimos Space, private investors, the UK Space Agency (UKSA), the European Space Agency (ESA) and the European Commission Horizon 2020 programme. Orbex will launch orbital vehicles from the newly-announced UK Vertical Launch spaceport in Sutherland in the Scottish Highlands as part of the main consortium.

Orbex is constructing a completely re-thought and re-designed orbital launch vehicle, called Prime, to deliver small satellites into Earth’s orbit. The Prime launcher has a novel architecture that eliminates the fundamental mass challenge of small launchers. Prime launchers are up to 30% lighter and 20% more efficient than any other vehicle in the small launcher category, packing more power per cubic litre than many heavy launchers.  The Prime vehicle will launch satellites to altitudes up to 1,250km, inserting them into sun-synchronous or polar orbits.

“It is our ethos to invest in exceptional teams with bold visions,” said Jimmy Fussing Neilsen, Managing Partner of Sunstone Technology Ventures.  “Behind the scenes, Orbex has made huge strides forward over the past three years, reaching a level of technical and commercial sophistication that is surprising for a young company.  This explains why Orbex has been able to attract such high-profile public and private backers, as well as experienced personnel. Orbex is already well on its way to becoming the leading private space launch company in Europe.”

Minimising the environmental impact of launches was a key consideration in the rocket’s design.  Prime is a low-mass and low-carbon launcher, using a single renewable fuel, bio-propane, that cuts carbon emissions by 90% compared to old-fashioned hydrocarbon fuels.  The rocket uses a novel zero-shock staging system called Magic, which leaves zero orbital debris.  It also has built-in reusability, with an innovative new low mass recovery and reflight system.

“It was clear to us from the start that Orbex had the potential to disrupt and fundamentally improve the satellite launch market in Europe and beyond,” said Yann Fiebig, Senior Investment  Manager at the High-Tech Gründerfonds.  “The company has made rapid progress, taking their innovations from concept to reality in short order.  Their very strong management team deserves full credit for its ability to execute and we look forward to being part of their positive disruption over the coming months and years.”

Orbex has already secured commercial engagements with major aerospace organisations.  The European Space Agency has contracted Orbex to study the development of a European micro launcher solution. Also, leading European engineering and aerospace company, Elecnor Deimos, has purchased a strategic equity position in the company as part of this funding round.

“Despite this being the first time that most people have heard of Orbex, they have quietly and diligently reached the point where they are arguably already the leading European space launch company,” commented Miguel Belló Mora, CEO, Elecnor Deimos.  “By re-thinking and re-framing the problems associated with satellite launches, Orbex has developed something unique and disruptive with its Prime launcher.  This is why we are involved both as an investor and a strategic partner.  We will be explaining more about what this partnership means for both companies in the near future.”

Jean-Jacques Dordain, the former Director General of the European Space Agency has joined Orbex as Chairman of the Advisory Board.  He is joined by other notable figures from the space industry, including Jan Skolmli, Orbex’s recently-appointed Chief Commercial Officer, who was formerly Head of Launch at SSTL, the world’s leading small satellite manufacturer.  Orbex staff members have professional backgrounds with NASA, ESA and several other commercial spaceflight organisations. Equipment developed by Orbex team members has flown on more than 50 deep space missions, and collectively they have developed more than 50 rocket engines and a wide range of orbital and suborbital launch vehicles.

“Orbex is one of the very few private spaceflight companies whose staff have credible, practical experience in the development of micro-launch vehicles and rocket engines,” commented Chris Larmour, Orbex CEO.  “With our collective experience, we have developed a low mass, low carbon, high performance 21st century orbital launch vehicle, designed specifically to support the needs of the rapidly growing smallsat industry. There is a significant launch backlog for small satellites globally and Orbex is primed to give industry and science a cost-effective, reliable and responsive route into space, directly from Europe.”

Further technical and commercial announcements will follow during the Farnborough Airshow 2018.

About Orbex
Orbex is a UK-based spaceflight company, with subsidiaries and production facilities in Denmark and Germany. The company is constructing a completely re-thought and re-designed orbital launch vehicle, called Prime, to deliver small satellites into Earth’s orbit. Prime launchers are up to 30% lighter and 20% more efficient than any other vehicle in the small launcher category, packing more power per cubic litre than many heavy launchers.  Orbex staff members have professional backgrounds with NASA, ESA and several other commercial spaceflight organisations. The company is funded by two of Europe’s largest venture capital funds, Sunstone Capital and the High-Tech Gründerfonds, as well as strategic investor Elecnor Deimos Space, the UK Space Agency (UKSA), the European Space Agency (ESA) and the European Commission Horizon 2020 programme.

About Elecnor Deimos
Elecnor, originally established in Spain, is one of the leading global players in engineering, construction and development of infrastructure projects. ELECNOR DEIMOS is the technology company of ELECNOR with Space as its core business. Elecnor Deimos has been involved in the majority of European Space Agency programmes, including Science, exploration, Earth observation, satellite navigation and launchers, as well as in other institutional and commercial markets. In addition to ELECNOR international presence in more than 60 countries, Elecnor Deimos has subsidiaries operating in Portugal, Romania, UK and Italy.

About Sunstone Capital
Sunstone is one of Europe’s most active early-stage venture capital firms. With offices in Copenhagen, Denmark, and Berlin, Germany, we invest in seed and Series A rounds in technology companies all across Europe. Since inception in 2007, Sunstone has backed over 50 exceptional founding teams. We invest throughout the software stack and across industries. Recent investments include Exporo (Germany), Werlabs (Sweden), and Aire (UK). We now manage just under €400 million in committed capital and are actively investing from our fourth fund, raised in 2016. We believe in the entrepreneur as our customer. We believe in honesty, kindness, and hard work. And we think technology is the greatest lever of human progress. We consciously consider this when investing.

About High Tech Grüenderfonds
High-Tech Gründerfonds (HTGF) is a seed investor that finances high-potential, tech-driven start- ups. With EUR 892,5 million in total investment volume across three funds (EUR 272 million in HTGF I, EUR 304 million in HTGF II and EUR 316,5 million for HTGF III) and an international network of partners, HTGF has already helped forge 500 start-ups since 2005. Driven by their expertise, entrepreneurial spirit and passion, its team of experienced investment managers and start-up experts help guide the development of young companies. HTGF’s focus is on high-tech start-ups in a range of sectors, including software, media, internet, hardware, automation, health care, chemicals and life sciences.

This group also includes a number of success stories, such as Mister Spex, Rigontec, 6Wunderkinder, Next Kraftwerke and Cumulocity, as well as Juniqe, an online shop for art enthusiasts. To date, external investors have injected over EUR 1.5 billion into the HTGF portfolio via more than 1,200 follow-on financing rounds. HTGF has also successfully sold interests in more than 90 companies. 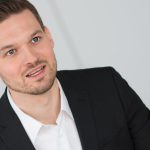