Trademob GmbH has been acquired by Paris-based marketing specialist Adikteev. With its programmatic demand-side platform (DSP), Trademob enhances the French firm’s portfolio with a predictive engine and technology for dynamic creative optimisation (DCO).

The French marketing specialist has announced the acquisition of 100 percent of the company’s shares. As part of the deal, Trademob GmbH founder and Managing Director Mark Kamran and the company’s institutional investors (Kennet, High-Tech Gründerfonds and Tengelmann Ventures) have received shares in Adikteev Group. In joining Adikteev, the Trademob team are set to provide the Paris-based company with expertise and a competitive edge in mobile programmatic advertising.

“We are delighted to announce this strategic acquisition. It gives us an excellent opportunity to accelerate our international expansion and combine the R&D departments of two firms that can tap their extensive expertise in a market that is still relatively inefficient,” says Xavier Mariani, CEO of Adikteev. “Our market-leading technology platform now allows brands and app developers to activate their target groups, attract new qualified users and reactivate inactive users. And on top of this, an unprecedented level of mobile advertising experience that enables even highly intensive campaigns to be successfully managed on our multi-functional platform.”

Trademob will benefit from Adikteev’s strong sales team, especially in France and the US. In addition to long-term Trademob clients such as eBay, Scout24 and Delivery Hero, campaigns are now also being run for Uber, Blizzard and Amazon in the US via the platform. As a DSP, focus will continue to be placed on mobile user acquisition and app retargeting.

Adikteev is already active for German companies such as LIDL and Volkswagen, and is now gearing up for further growth in Germany through Trademob’s credentials and expertise. In addition, Adikteev can seamlessly deploy Trademob’s technology for branding campaigns.

“We’re delighted to have found a strategic partner in the shape of Adikteev that boasts an international sales network as well as branding technology that is highly developed from a technical point of view. Together with our partner, we want to take Trademob global and, with an eye to the future, support advertisers around the globe with effective advertising campaigns via the Adikteev platform,” explains Mark Kamran, Managing Director of Trademob.

“The acquisition is a new chapter in the Trademob’s success story and comes at just the right moment. It means that we’re active on the most important European markets and can pull further away from our rivals in the technology stakes,” confirms Jens Baumgärtner from High-Tech Gründerfonds.

“Becoming an Adikteev Group shareholder gives us enormous added value. Through this takeover, Adikteev is achieving a critical scale that enables the company to take the leading position in a market that continues to undergo further consolidation,” says Hillel Zidel, partner at Kennet, previously a Trademob shareholder.

About Trademob
Trademob was founded in 2010 by Mark Kamran and is one of the leading platforms for global programmatic advertising campaigns on smartphones. Trademob has developed a unique programmatic buying technology for mobiles that is connected to all major SSPs such as Mopub and Google Adx. As such, Trademob clients have access to over one billion mobile users around the globe. Trademob is a DSP that specialises in user acquisition and reactivation, thus maximising user LTV. Its clients include eBay, Amazon, Machine Zone, Scout24 and Uber.

About Adikteev
Adikteev was founded in 2012 by Xavier Mariani, Emilien Eychenne and Frederic Leroy and is financed by French venture-capital firms ISAI and Ventech. Adikteev initially focused on desktop advertising. Since then, it has grown both organically and through acquisitions, opening a New York office in 2016 and acquiring firms such as French mobile creative provider Motion Lead and German mobile platform Trademob. The latter acquisition has turned Adikteev into a leading mobile market platform that enables brands and app developers to activate their target groups, attract new qualified users and reactivate inactive users. Adikteev has over 80 employees, 30% of whom work in R&D. It generated revenues of over EUR 17 million in 2016. 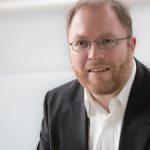