Chemical alterations of the genetic information specifically occuring during carcinogenesis provide the basis for the innovative diagnostic tests that are developed by the newly established oncgnostics GmbH in Jena. These tests allow not only for an earlier, but also a more accurate detection of cancer cases. An early detection by highly specific and sensitive tests is a prerequisite for successful cancer treatment. For most carcinomas, however, such tests are not available, mostly due to the lack of appropriate markers.

In the screening of cervical cancer, the first focus of oncgnostics, the Pap smear, in which abnormal cells are detected microscopically, is still almost exclusively applied. This method is very subjective, since detection of such abnormal cells requires a high degree of experience. Thus, Pap smear examination yields many false-positive and false-negative results. Detection of human papillomaviruses, which are the causative triggers of cervical cancer, by the so called HPV test, does not solve this problem: “Women currently not infected with HPV certainly have no disease, “ Dr. Alfred Hansel, biologist and one of the founders of oncgnostics, claims, “but most of the women who are tested HPV-positive are infected transiently. Only 10-15% of them have a disease which requires treatment.”

“Our approach utilizes the high negative predictive value of the HPV test and combines it with a test with which among HPV-positive women those are detected who have a precancerous lesion or cancer,” Martina Schmitz, biochemist and cofounder of oncgnostics, states. In genome-wide analyses the oncgnostics team has detected several suitable marker regions, which were then validated using well-characterized clinical samples from patients with or without cervical disease. Some of these markers are patent-pending.

The seed funding by the “High-Tech Gründerfonds (HTGF)” and the “Stiftung für Technologie, Innovation und Forschung Thüringen (STIFT)“ enables oncgnostics to develop diagnostically usable and saleable tests, with the aim to launch them in cooperation with HPV test suppliers. “The reflex test developed by oncgnostics enormously enhances the relevance of a positive HPV result, making the company an attractive partner even for established in vitro diagnostics companies,” adds Dr. Bernd Goergen, Senior Investment manager of the HTGF.

“We are glad to co-finance the business idea followed by oncgnostics, which has a high potential to close a prominent gap in diagnostics and to further strengthen the bio-region Jena”, Dr. Sven Günther, managing director of the STIFT, motivates the investment by the foundation.

During implementation of the project oncgnostics received exceptional support by the gynecology department of the university hospital Jena. “All women will benefit from a simple diagnostic test which has high sensitivity and specificity,” Professor Ingo Runnebaum, director of the gynecology department declares, “since upon early diagnosis cervical cancer is almost always curable, and we even may be able to maintain the woman’s ability to give birth.”

Oncgnostics GmbH was founded in Jena by Professor Matthias Dürst, leader of the gynaecological molecular biology lab, Alfred Hansel, Martina Schmitz, and the economist Kerstin Brox, on Feb 1st, 2012. The company focuses on the development of accurate molecular diagnostic tests for use in cancer screening, therapy decision, and follow-up care.

The “Stiftung für Technologie, Innovation und Forschung Thüringen (STIFT)“
In the framework of the Thuringian network for the formation of innovative companies (ThürING), STIFT supports newly established technology-oriented innovative companies. Furthermore, STIFT acts as side investor in the early-phase financing of high-tech companies. The innovative degree of the concept and the entrepreneurial potential are decisive for an investment, without any focus on specific business areas. The investments regionally focus on Thuringia.

About High-Tech Gruenderfonds
High-Tech Gruenderfonds invests in young, high potential high-tech start-ups. The seed financing provided is designed to enable start-ups to take an idea through prototyping and to market launch. Typically, High-Tech Gruenderfonds invests EUR 500,000 in the seed stage, with the potential for up to a total of EUR 2 million per portfolio company in follow-on financing. Investors in this public/private partnership include the Federal Ministry of Economics and Technology, the KfW Banking Group, as well as thirteen industrial groups of ALTANA, BASF, B. Braun, Robert Bosch, CEWE Color, Daimler, Deutsche Post DHL, Deutsche Telekom, Evonik, Qiagen, RWE Innogy, Tengelmann and Carl Zeiss. High-Tech Gruenderfonds has about EUR 563 million under management in two funds (EUR 272 million EUR HTGF I, EUR 291 million HTGF II). 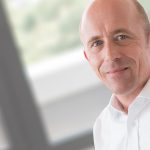