SIRION Biotech GmbH has won two additional private investors, one of them being Aumenta GmbH. Both contribute to a large extent to the current financing round side by side with the existing investors Creathor Venture, HTGF, Bayernkapital and KfW, next to the Managing Directors. The new funds will further strengthen access to the Japan and USA markets and drive the evaluation of clinical programs for viral vectors and commercial projects for novel cell models. The laboratories in Munich will be expanded by GLP facilities (Good Laboratory Practice).

In its 6th year, the company has accelerated its growth dynamics with over 100 clients conduct-ing discovery and research in industry and academia: all signs point to a high time for working with strategic cell models, close to reality. In addition, viral vectors are increasingly being used for novel vaccines and gene therapies. The first gene therapy application has recently been ap-proved in Europe last November. One of SIRION’s core competences is the design of de novo viral vectors and subsequently of custom cell models. The company has also developed Ad19a, a novel vector envelope, that shows superior performance in animal and human organisms, transducing cell types that are immunologically relevant.

Stemming from its fee-for-service business the company has experienced a wide variety of ap-plications in over 300 single projects and accesses a large science network. Individual leads with high clinical potential will be pursued in collaborations to which the company contributes its sci-entific competence and GLP facility. About half a dozen such collaborations have already been initiated or are close to being executed.

About SIRION Biotech
SIRION Biotech was founded in Munich in 2006 with the idea of enabling novel cell models closer to reality than ever before. This required the assembly of an all-encompassing, novel viral vector platform. Both, designing de novo viral vectors and the subsequent creation of custom cell models will pave the way for superior compound development in the drug, cosmetics and food industries. SIRION’s technologies have been validated in over 300 single projects with more than 100 academic and industrial partners. As a result, primary cell immortalizations have become highly reliable, as have de novo viral vectors to be used in gene therapy and vaccine applications. 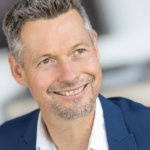