Tengelmann and previous investors have invested in deal united to push ahead the expansion of the Munich-based payment specialist.

deal united, provider of the innovative payment method PAY.BY.SHOPPING, has successfully concluded a second round of financing. In addition to the lead investor Tengelmann E-Commerce Beteiligungs GmbH, the existing investors Bertelsmann Digital Media Investments in corporation with KFW Bankengruppe, High-Tech Gründerfonds and Venture Incubator have also joined the series B financing round.

The new proceeds will be used to further fuel the already existing global brand awareness. With PAY.BY.SHOPPING, deal united offers an innovative alternative to conventional payment methods to end customers in the gaming, software and online-services industry. This method allows end customers to pay for digital and virtual products by purchasing a product or voucher at one of deal united’s shopping partners. The concept has already been successfully established in countries such as Germany, France, Great Britain and USA.

Since the beginning of the year deal united has more than doubled its turnover in comparison with the previous year. Dr. Jarg Temme, CEO and co-founder of deal united says: “The demand for alternative payment options is significant. With PAY.BY.SHOPPING deal united has discovered a need which opens up new potential for more growth worldwide. We want to use the financing round to invest in new staff to handle the rising demand for our alternative payment method.”

Christian Winter, CEO of Tengelmann E-Commerce Beteiligungs GmbH is convinced of the PAY.BY.SHOPPING concept. “That, what distinguishes deal united is the ability to offer an added value payment method for all parties participating. The modern concept as well as the ambitious team behind deal united has impressed us. We are glad to join deal united’s expansion.”

Romy Schnelle, Investment Manager at High-Tech Gründerfonds adds: “We are pleased to again take part in the positive development of deal united with our financial backing. Furthermore we are glad to have won with Tengelmann another renown investor.”

About deal united
deal united is a Munich-based eCommerce company that has already established it’s alternative payment method PAY.BY.SHOPPING worldwide. This method allows end customers to pay for their desired digital and virtual product by purchasing a voucher or product at one of deal united’s shopping partners. Well-known companies like Amazon, audible.com, Dell, OTTO, Toys”R”Us and Zalando are only a few of the already existing esteemed partners. The list of deal united’s merchants include renowned companies such as Bigpoint, DivX, Frogster, Sony Musicbox and Steganos.

deal united creates a win-win situation for all parties involved with PAY.BY.SHOPPING. Thanks to the innovative concept, deal united was awarded the Red Herring 100 Global and Red Herring 100 Europe Awards. Since its founding in 2008, the company has opened branch offices in Paris and San Francisco. Investors of deal united include inter alia Bertelsmann Digital Media Investments, FoundersLink GmbH, High-Tech Gründerfonds, Tengelmann E-Commerce Beteiligungs-GmbH and Venture Incubator.

About High-Tech Gründerfonds
High-Tech Gründerfonds invests venture capital in promising technology companies that turn innovative concepts into viable businesses. Seed financing aims to help start-ups guide their innovation to the prototype or proof-of-concept stage or to market launch. High-Tech Gründerfonds provides seed financing of approximately €500,000. It supports high-tech companies by way of its investment managers and its highly-qualified network of coaches, investors and specialists. In individual cases it can invest up to a total of €2 m per company. The investors in this public private partnership are the German Federal Ministry for Business and Technology, the KfW Banking Group as well as the six industrial groups of BASF, Deutsche Telekom, Siemens, Robert Bosch, Daimler and Carl Zeiss. High-Tech Gründerfonds has an investment volume totalling approx. €272 m. 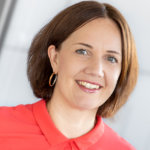