Predemtec GmbH in Hennigsdorf develops a blood test for a reliable diagnosis of Alzheimer’s disease. In July 2014 the start-up received a seed financing from High-Tech Gruenderfonds (HTGF). The seed investment will be used to finalize the first test into a marketable product and to expand the scope of the test towards early diagnosis.

There are approximately 36 million patients worldwide suffering from dementia. With two thirds of all cases, Alzheimer’s disease (AD) is the most frequent form of dementia.

Despite significant neuropsychological and technical efforts, the diagnosis of Alzheimer’s disease is laborious and not very reliable. Furthermore, AD is still diagnosed much too late. Due to this delay possible preventive and therapeutic possibilities remain unused. To this day, no test suitable for routine application can detect the disease in a simple, reliable and cost-efficient way.

The results of previous clinical trials show that the absence of a reliable diagnostic method makes it difficult to develop new drugs for the treatment or cure of AD.

Predemtec GmbH from Hennigsdorf near Berlin develops a test which allows to diagnose Alzheimer’s disease with a specificity and sensitivity of over 90% by means of immunological detection of 6 different blood biomarkers. “With its patented combination of biomarkers, the test not only enables a reliable diagnosis of Alzheimer’s, but also permits a differential diagnosis and thus the determination of vascular dementia, with 20% the second most common cause of dementia”, says Dr. Patrick Scotton, CEO and co-founder of the start-up in Hennigsdorf near Berlin.

“It is generally agreed that Alzheimer’s dementia starts 10 to 15 years before the first clinical symptoms appear. Compensation mechanisms of the central nervous system will counterbalance pathological processes for a long time, hence the disease can go unnoticed for a long period of time”, adds Ms Dr. Annegret Feuerhelm-Heidl, founder and CSO/managing director. “In an ongoing trial we also examine the possibilities of an early diagnosis of Alzheimer’s disease. The first results of our test are available and they are very promising”, continues Ms Dr. Feuerhelm-Heidl.

Dr. Martin Pfister, Senior Investment Manager at High-Tech Gruenderfonds adds: “We were impressed by the rather advanced stage of the test and Predemtec’s fruitful cooperation with relevant clinics. The fact that the test is initially aimed at a robust AD diagnosis as well as a clean differential diagnosis shows the professional approach of the team headed by Ms Feuerhelm-Heidl and Mr Scotton”.

About Predemtec GmbH
The company is headquartered in Hennigsdorf and was founded in September 2011. The biomarker set is prevalidated and patented. Clinical trials for the biomarkers’ validation on secured Alzheimer patients and for the early diagnosis of MCI patients (mild cognitive impairment) are under way. 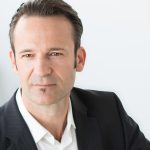