The duel turns into a singing duet. The two online karaoke portals and former rivals Mikestar.com and TalentRun.com are merging to become a single company. Both brands are as of now under the umbrella of Mikestar GmbH. However, the two karaoke sides will remain and will continue to be available to their users in the future. The merger of these two portals now gives them a joint base of about half a million users.

Mikestar.com and TalentRun.com intend to take advantage of the merger to expand their respective core competences and to benefit from each other’s know-how. Whereas TalentRun has since its establishment in 2007 pursued the classic karaoke principle, Mikestar in this time increasingly focussed on social networks, gaming and mobile apps – among other ways by cooperating with big companies in the sector like Deutsche Telekom and the VZ networks (studiVZ, schülerVZ, meinVZ).

Half a million users – six-figure investment
“The former competitors have now become strong partners. That makes many things easier and actually does yield the much-vaunted synergistic benefits. We are now by far the largest karaoke platform in Germany. And we are also exceptionally well prepared for the future: the two parties’ investors, including Neuhaus Partners and High-Tech Gründerfonds, see the potential and are investing a six-figure amount in the new company. This provides us with some new opportunities for taking online karaoke in Germany further forward and establishing it,” says Monte Miersch, managing director at Mikestar GmbH.

“As a result of the merger we will now be able to focus more sharply on expanding online karaoke in Germany – in all its possible variations from the browser platform through to social games and apps for mobile phones. In so doing, Mikestar will increasingly take on the part of the gaming specialist while TalentRun is to continue to grow as a classic karaoke platform. In addition, we want to drive our white labelling concept forward – both parties were already quite successful in this area. Last but not least, skill-based gaming is a segment that will keep us busy in the foreseeable future. We therefore still have some promising projects on our to-do list,” adds Helge Hinrichs, managing director at Mikestar GmbH.

About TalentRun
TalentRun (www.TalentRun.com) facilitates Germany’s first and largest singing and casting community as well as online karaoke network. There is a choice of more than 1,900 karaoke hits to which to sing along and more than 400,000 karaoke videos as well as song recordings. Any singing enthusiast who has a PC with a broadband connection can participate. There is no need to purchase a games console. Use of the karaoke platform is free of charge.

About Mikestar
Mikestar.com is a free-of-charge online karaoke portal with an active community. It works together closely with the VZ networks (studiVZ, schülerVZ and meinVZ), for which it has integrated one of the first available applications in the social communities. Backing Mikestar.com, in an exclusive cooperative venture, is the technology of the renowned Fraunhofer Institut für Digitale Medientechnologie (IDMT). 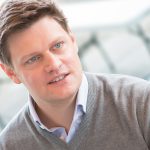