CryoTherapeutics GmbH (CryoTherapeutics), the developer of a proprietary cryotherapy system for use in the treatment of coronary artery disease, announced today that it has completed a second closing of its Series A financing round, with Peppermint VenturePartners (PVP) via its new Charité Biomedical Fund joining the investor consortium. The additional investment by PVP is in addition to the Series A financing round closed in June 2012 by NRW.BANK, High-Tech Gründerfonds (HTGF), private investor Rainer Christine and Getz Brothers bringing the total of the Series A round to €3 million.

CryoTherapeutics was established in December 2009 in Germany by a team of experienced serial entrepreneurs from the UK, US and Canada and is focusing on developing a novel catheter system, which utilizes cryoenergy to treat and prevent heart attacks. The initial objective of the Company is the demonstration of the clinical benefit in the treatment of heart attack patients using this catheter-based system that will be utilized by interventional cardiologists.
Maurice Buchbinder MD, founder and Chief Medical Officer of CryoTherapeutics stated “Given the potential anti-inflammatory effect of cryoenergy in the vascular region, particularly when applied to vulnerable or ruptured plaque, cryotherapy in the setting of heart attack may stabilize the culprit lesion promoting optimal healing.”

John Yianni PhD, founder and Managing Director, commented: “This expansion of our Series A financing enables CryoTherapeutics to accelerate the completion of the cryosystem for demonstrating the safety of this new treatment option for heart attack patients in a first-in-man study.”

Kay Balster, Investment Manager at HTGF, said: “We are pleased that we could work with CryoTherapeutics to attract an experienced consortium of investors to advance this exciting technology into the clinical stage. We are also delighted that PVP has joined the consortium thus recognizing the progress in the technical development as well as the accomplishments of the management team.”

Joachim Rautter, Managing Partner at PVP, added: “CryoTherapeutics offers a new therapy option for interventional cardiologists to treat unstable atherosclerotic plaques, which presents an exciting market opportunity. An additional asset is a founder team of serial entrepreneurs with a successful track record in the international MedTech industry in recent years.”

About Peppermint VenturePartners
PVP is a Berlin-based venture capital company investing in young healthcare companies with a focus on medical devices, mainly within Europe, that have successfully demonstrated a first proof-of-concept for their technology, product or services. At the end of 2010 PVP, in association with the Charité Foundation, launched the new Charité Biomedical Fund (CBF). In the framework of its established collaboration with the Charité – Universitätsmedizin Berlin, PVP has access to the proprietary network and evaluation platform of one of the largest medical schools in Europe and to its international partners. PVP currently manages funds exceeding €50 million.

About CryoTherapeutics GmbH
CryoTherapeutics was established in December 2009 in Potsdam by a team of serial entrepreneurs from the UK, US and Canada with initial seed funding by HTGF, the founders and two private investors.  The focus of the company is the development, demonstration of clinical benefit, and early-stage commercialization of cryotherapy systems for the treatment of coronary plaque. In the course of the Series A financing the company has moved to Cologne as it enters its clinical development stage. 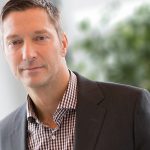